This batch of reviews is a weird mix of YA fiction and spiritual nonfiction. Guess that’s where I’m at right now! Adding a note at the top to tell you that if you really want to delve into a delicious smorgasbord of book reviews, my friend Kristine is doing her annual 12 Days of Christmas review at The Suburban Prairie, and this year she’s individually reviewing ALL of the books she read in 2014! Loving it! 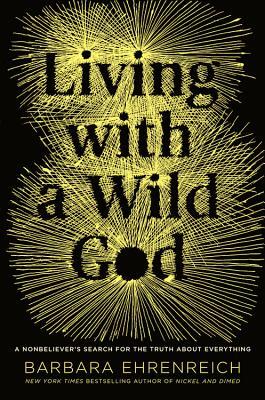 by Sarah Rees Brennan. This was the last pick for the Curtain and Pen online book club – a supernatural-themed YA novel, first in a trilogy. Set in a small town in England called Sorry-in-the-Vale, the story follows a high school girl named Kami as she sets about unraveling the mysteries of her home town, the strange Lynburn family who seem to hold some inexplicable power over the residents, and her own paranormal connection to a boy named Jared. The characters in this were maybe a little cartoonish, but felt original and appealing. Brennan did a great job of maintaining suspense about various plot lines while still creating twists that seemed logical. I found the relationship between Kami and Jared to be the most interesting storyline and the cliffhanger absolutely shocked me. I have the next book lined up in my reading queue. Also, Brennan was interacting with us on Twitter during our book club discussion – she is an active and friendly tweeter!

, is one of my favorite books ever and one of the few books I have read more than once. In this one she writes more about her personal life, her path toward Buddhism, the messy years when she was lost and lonely and what she learned along the way. Miller has a lovely, relatable way of explaining that we are all messy and lost and lonely and that’s all right. We are right where we are supposed to be. This is not a set of steps to follow to attain enlightenment – if only it were so simple, as the title playfully teases. There were many times during the book when I thought, okay, I think I’ve got it, do I need to keep reading? but then I would and be surprised once again by another simple and beautiful truth. Highly recommend.

by Moira Young. I can’t seem to stop reading YA trilogies, even though they always seem to disappoint in the end. I still really like the central character of Saba, because she is believably flawed, selfish, romantic, a risk taker, a little confused. The trouble is, this last book also felt confused to me. A lot of threads were left dangling in the emotional storyline, though the plot was tied up pretty neatly. Some of the characters did things that just didn’t make a lot of sense to me – DeMalo and Jack both seemed rather baffling in this installment – and others who intrigued me never really went anywhere – like Auriel Tai and Emmi. I am not sure whether to recommend this series or not; I still think the first book was great, and so after you read that you might as well read the rest, but prepare to end on a huh?

* Living with a Wild God: A Nonbeliever’s Search for the Truth about Everything

by Barbara Ehrenreich. This book KNOCKED MY SOCKS OFF. I actually feel like writing the entire review in caps lock. I have loved Ehrenreich for years – ever since her 2002 book Nickel and Dimed: On (Not) Getting By in America

, in which she investigated and wrote about the lives of the working poor by living and working alongside them – and I’ve read everything she’s written. So when I heard that her new book was a personal memoir about her adolescence, atheism, and grappling with the meaning of life, I was practically salivating to get my hands on it. I almost could not make it through this book because after every page I wanted to throw it down and scream with excitement; you see, I could relate so closely to her teenage ponderings it was rocking my world to realize that there was someone out there who was as strange as me at age 15. When I was finally done I went back to my old journals, some of which I’ve kept in digital form, and found several things that were similar to what Ehrenreich had described (though certainly she was a far better and more intelligent writer). I will say, though, that even though I ADORE this book, it’s a weird one and I can see why many people will just find it too odd to love.

4 thoughts on “What Are You Reading?”